WATAN has completed the last stages of the Uninterruptible electrical systems project, which aimed to provide 46 health centres across the Northern and Western countryside of Aleppo and Idlib with Uninterruptible Power Supply (UPS) Units with the capacity of 5KVA and 10KVA.

The last stages that were just completed by WATAN was the delivery of maintenance equipment of the UPS Units for each of the following Health Centres: Blood Bank Center, Advanced Diagnostic Center, Ad Dakhiliya Hospital, Ibn Sina Hospital, Governorate Hospital in Idlib City, Maternity and Children Hospital in Sarmada, Children’s Specialized Hospital in Sarmada, Al-Quds Hospital in Dana, Al-Firdaws Hospital in Darat Azza, Khair 1 Center in Tilal Al-Sham Camp, Hospital The Blue Crescent in Sajoo, the Obstetrics and Gynecology Hospital in Azaz, the Childhood and Maternity Hospital and the Farabi Hospital in Al-Bab, Akhtaren Hospital, the Women’s Hospital in Soran, the Blood Bank in Marea. This was done in the presence of the WATAN media team, the contractor and the maintenance technician who is responsible for following up on the periodic maintenance of the device. All the equipment was inspected before its safety was confirmed and the delivery notes were signed by the directors of the hospital and the health centres.

A further number of hospitals in the Idlib governorate, namely Uday Hospital and Harem General Hospital in Harem, Al-Amal Hospital and Rescue Spirit Hospital in Salqin had UPS Units with a capacity of 5KVA and the maintenance equipment provided, installed, and connected. The new equipment here was also tested with the necessary adjustments being made, and the final delivery notes were signed off by the Hospital Directors.

Last December, during the activities of installation, field visits were also carried out by maintenance technicians to all health centres who had already been equipped with these UPS Units in Aleppo and Idlib to ensure their permanent readiness.

This project began last August and was aimed at the continuity of the work of sensitive electrical medical equipment. There are many electric power cuts which means that health centres lack the ability to at full capacity and the medical devices can suddenly stop functioning making them unreliable and possibly risking the lives of patients. By fixing this issue health centres can guarantee stable working electrical medical equipment and increase the number of working hours which leads to a higher number of people benefitting from the hospitals.

WATAN began by preparing the technical conditions books, bill of quantities for the components of the two models (the 5KVA system and the 10KVA system), and the preparation of the electrical and structural plans that define the external dimensions and the placement of the internal elements within the metal structure of the non-outage units. There was then the selection of the optimal bidder on 20th August and the signing of the contract with him.
The outcome of this project has equated to 46 health centres being provided with UPS units. 14 centres being in the Northern and Western countryside of Aleppo, and the other 32 centres in Idlib’s city and its northern and western countryside. 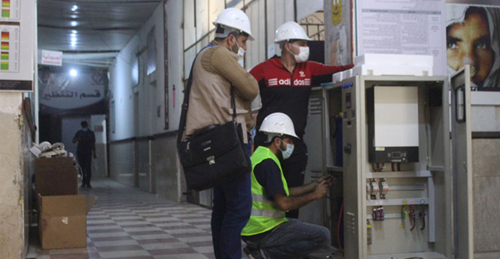 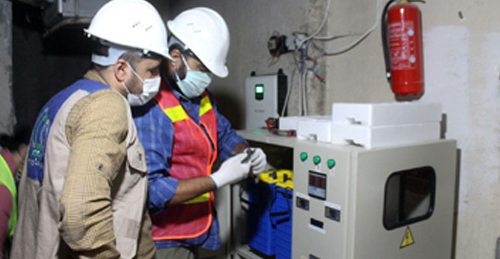 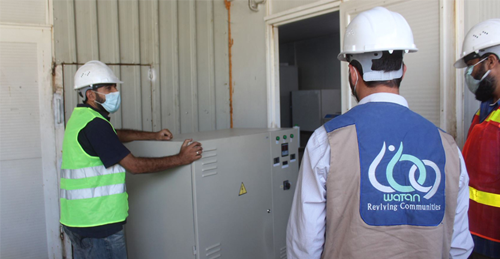 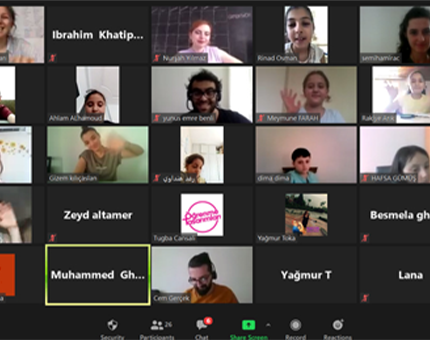 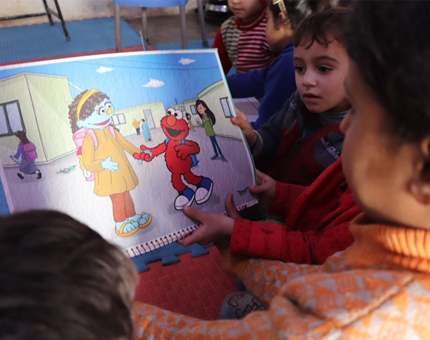 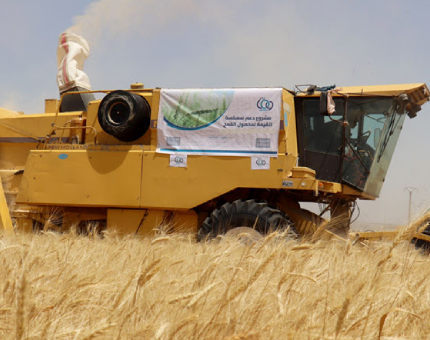 From the Seed to the Loaf…A Project that Transforms a Person; To Eat What He Sows