Watan continues to support the water, sanitation, and camp coordination sectors for the most vulnerable people residing in camps and informal settlements in north-western Syria.

One of its projects in this area targets 46,352 beneficiaries in 31 camps in Sarmada, Qah, Dana, Al-Bardakli, Kafr Aruq, and Kili in the northern countryside of Idlib and began on the first of February of this year and will continue until next October.

During the first half of last August, Watan supplied these camps with 23287.5 cubic meters of drinking water, so about 25-35 liters per person after monitoring the water quality and checking the chlorine level.

710.6 cubic meters of solid waste were removed and transferred to approved landfills and the technical pits were emptied of their liquid waste, reaching 3456 meters in addition to cleaning camp toilets by dozens of volunteers.

The water plant established by Watan has begun operating in Islamna camp 2 in Sarmada by supplying it with fuel and oils and labor needed for operation. The water plant consists of water well, a ground tank and water network and supplies three camps: Islamna 2, Islamna 1, and Al-Nahda.

In addition, the rehabilitation of the landfill in the village of Al-Bardakli that is designated for the 31 targeted camps and the refinement process for 4006 tents has been completed.

Watan provided the camps with 49720 cubic meters of drinking water during the previous month of July, removed 1408 cubic meters of solid waste, and emptied 6556,5 cubic meters of technical excavation waste. In addition, Watan distributed 8303 hygiene baskets for the people displaced to help them prevent contracting the coronavirus.

Public health awareness teams periodically raise the awareness of the people displaced about personal hygiene and measures to prevent the infection with the virus. 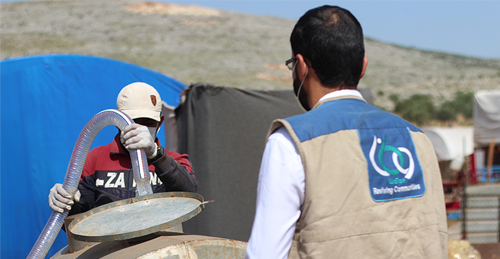 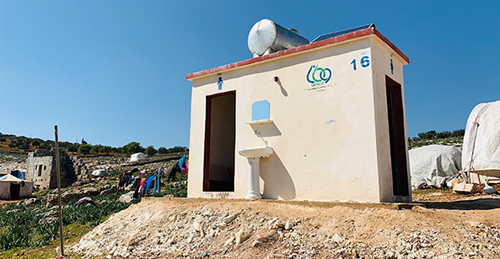 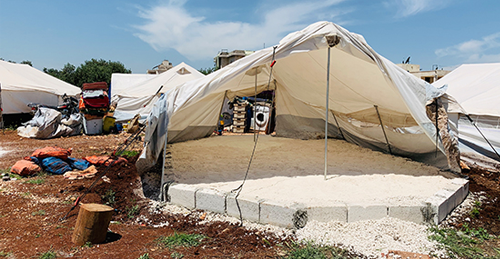