Due to the lack of resources of the local councils’ it is necessary to support families, particularly those from low-income groups, people with special needs, and widows in both northern Aleppo and Idlib. Due to this and the crowding from the large number of displaced people, Watan has stepped in to support these groups, through the project “Supporting the water sector.”  This was done in partnership with “SCHF”.

It is an integrated project, which, in one of its parts, works to extend the water and sanitation networks within the settlements and camps in several towns north of Aleppo. The work sites were only acquired on the twelfth of September last year, after which the preparation of materials and identification processes began and so the project is still in its early stages.

There will be more than 42,500 beneficiaries from this part of the project in Darat Azza, Jabal Samaan, Al-Atareb, Babka, Kafr Nasih, Abyan Samaan. They will no longer have to resort to continuously cleaning the septic tanks or transport water using tanks, which will also reduce pollution and infectious diseases of the skin and respiratory system.

As part of the same project, Watan continued to supply camps with sterile water tanks for the eighth month running. They provided them to a total of 31 camps in the northern countryside of Idlib: Al-Bardakli, Kafr Lusin, Kafr Daryan, Bab Al-Hawa, Sarmada, Kuftin, Qah, and Sarjibla. Along with this they transferred waste, emptied septic tanks, built bathrooms, distributed hygiene baskets, garbage containers and packing tanks as well as organising regular sessions to raise awareness on personal hygiene.

The number of beneficiaries from these activities as a whole reached 41,976 individuals, 6431 of them attended the sessions to raise awareness about personal hygiene.

One of the most important parts of the overall project was completing the construction of the water station in the camp Aslamna 2, located in the northern countryside of Idlib, and equipping it with what was necessary.

The project included the implementation of water network lines. This included lines of 836 meters with diameter 90 meters, 715 meters with diameter 63 meters and 710 meters with a diameter of 50 metres. It also included providing equipment for the well, building a pumping station to generate electricity, supplying diesel at an operational cost for a period of three months, which would allow for  pumping an approximate daily amount of water of 120 m3.

The station benefits about 680 families distributed in the camps of Aslamna 1, Aslamna 2 and Al Nahda. Due to the possibility of expanding the network in the future, the number of beneficiaries could increase in the future. This project also greatly contributed to alleviating the financial burden for many as well as limiting the spread of epidemics and diseases.

The intervention will enhance personal hygiene and provide clean water to all beneficiaries of the project, as well as support the local governance. 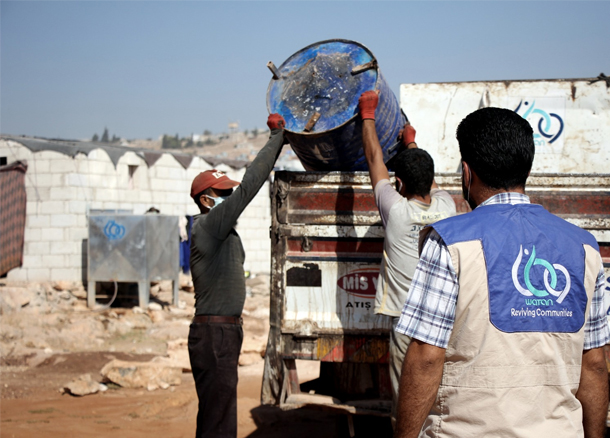 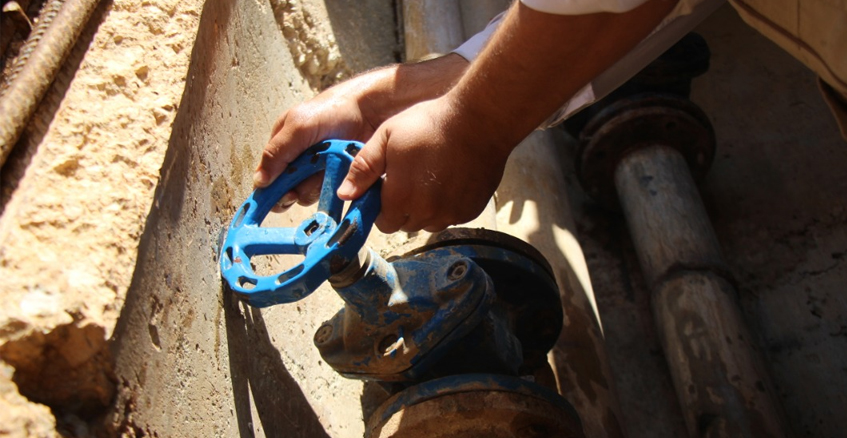 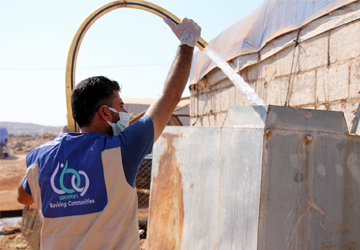