In the past seven years, the world has witnessed one of the worst humanitarian disasters of the century, on the land of Syria. We see before our eyes and continue to witness the brutal violence that claims thousands of lives on a daily basis. The bombings indiscriminately continue to kill the civilians of Syria, inflicting fear into the minds of those who survived. Consumed by fear, millions of people had to leave their homes in search of peace and political stability. Watching this all may make you feel powerless, but there are things you can do to help the Syrian refugees.

Since the Syrian conflict began, the refugee crisis has not stopped for once. Civilians including children, women and the old wash across the border of neighbouring countries, begging for humanitarian assistance. According to the latest report by UNHCR, the total number of Syrian people in need of aid has reached 13.1 million, of which 6.1 million are internally displaced. Several humanitarian bodies and governments of the world are working to determine the needs of Syrian refugees/IDPs based on their location. So far, the funding received for Syrian refugees equals only 3% of the total needs. A lot more is needed to help the Syrian refugees recover.

Many charity global humanitarian organisations have aligned their campaigns with the needs of the Syrian refugees. Aid workers are marching towards the refugee camps in Turkey, Lebanon, Jordan and other countries. However, they are dependant on the funding.

What can you do?

You want to help, but have no idea where to go or what to do. Providing support to the refugees is simple if you know their needs well. The simplest way to support the refugee is through donations. When you donate to a charity organisation, ensure the authenticity of the company prior to making any donations. Watan UK is a registered charity organisation, working on the ground to bring relief to the people of Syria. With your donations, their difficulties will reduce. However, if you want to do more for the refugees, here are the different ways you can help the refugees in your city.

Provide Employment Opportunities to Them

For all the business owners, looking for ways to support the refugees. If you have a business and there are refugees in your city. Please hire them if your local laws allow for it. This will do wonders in the rehabilitation efforts.

Syrian refugees have made it to the covers of international newspapers several times during the span of the conflict. The world is worried about Syria and the export of possible unrest and instability to refugee camps around the region. The different responses given to the issue by the different world players have also shown the shifting of power and willingness to contribute. The rise of extremist forces, failing diplomacy and scarce resources make the mission even more complicated. You can help by donating to the humanitarian organisations working on rehabilitation projects to help the Syrian refugees recover from the mental and physical trauma of the violence they have suffered.

One of the best ways you can assist the refugees is by sponsoring them. This is the easiest way to change their lives for good. With your sponsorship, a refugee is provided with food, clothes, shelter, medical care and education along with other necessities. This can completely transform their lives and bring them out of the shadows of misery. You can also motivate and help the Syrian refugees volunteer in any of their area of expertise. This will help them regain some of their lost confidence while providing them with hope for a better future. Majority of these refugees are well-educated people. They had their jobs and homes and cars before this crisis hit Syria. Their kids went to good schools, just like ours do. A great way to help is to make them a useful part of society again, and this is one sure way of that.

If you find yourself wondering how to help Syrian refugees in UK, don’t worry. There is still a lot you can do. You can visit Watan UK website for more options regarding contributions and support. Apart from money, you can help the refugees by providing them with a home or a room in your house. This way, they can quickly get accustomed to the culture and environment while making new friends. The aim should be to make life easier for them, one step at a time. The two skills they need the most at this time to make it through. Do they need warm clothes? More food? School supplies? Cooking utensils? Books? You will only be able to help them if you know what they need.

If nothing else, you can at least help change minds. There are thousands of people who are afraid of these refugees. Who despise their existence without knowing the reasons they had to leave home. You will be doing a huge favour to Syrian refugees by changing people’s perception of them. Talk to your friends and family about it. Join a club or community. Educate people about the dilemmas of the Syrian refugees. Help them to understand their situation. And maybe, just maybe, they will start seeing things in a different light. What the Syrian refugees need the most right now is a welcoming world, because they cannot go back. 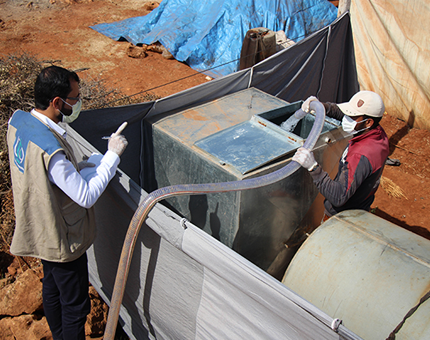 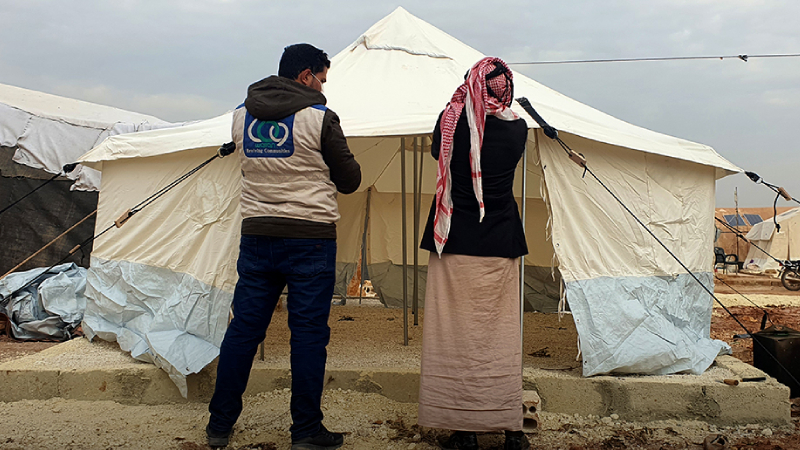 AFTER BITTER SUFFERING, HAJJ MAHDI HAS A GENEROUS SHELTER 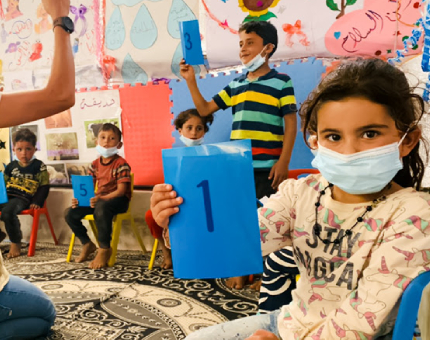